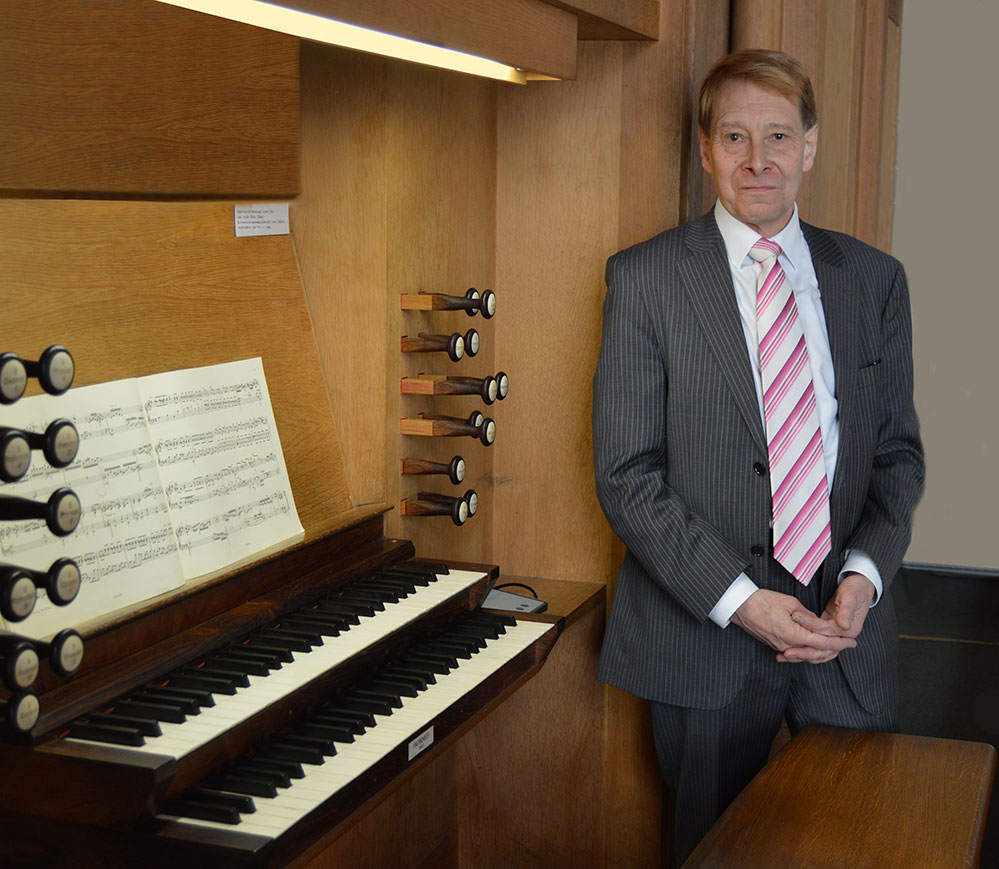 James Parsons, for many years a familiar face in music and organ education, is one of the organ's most articulate advocates.

Recently Head of Student Development at the Royal College of Organists, he is recognised as a distinguished international concert organist, and as one of the UK's foremost organ teachers.

As Organist, then Director of Music, at Oundle School, he was for twenty-five years Founder-Director of Oundle for Organists, hosted by Oundle International Festival (which he launched in 1985). James has enjoyed the privilege of opening doors for hundreds of young organists through Oundle's and RCO's inspirational courses.

This one - literally 'Wake up' or Sleepers wake, as often translated in English hymn books - addresses one of the central ideas of Advent: Christ's coming again - His second coming - of which He often spoke: His return to this spoiled world, no longer as a vulnerable baby but as the one 'to whom every knee shall bow'.

Lutheran Philipp Nicolai wrote Wachet auf! in 1598, at a time when the plague had hit the town of Unna where he lived as a preacher. The text is based on the Parable of the Ten Virgins (Matthew 25:1-13) and also refers to other biblical ideas, from the Book of Revelation. In a Jewish wedding, there's no waiting for the Bride! Rather it is the Bridegroom who comes to claim his Bride - reflecting the Christian's faith and confidence that Christ will return to claim His Bride, the Church (those who have placed their trust in Him). And we all know from Christ's parable that there will be both wise and unwise Virgins on the scene.

In J. S. Bach's masterly arrangement of the chorale melody, is it just too fanciful to hear, in the witty, wiry theme, the Prosecco-lubricated girly babble of the hen party, suddenly interrupted by the bouncer's bellowing cry "He's here!" - as the Chorale melody barges-in on the trumpet stop. Yep!, some of the girls had oil in their lamps, and others just hadn't been to B&Q.